How To Be Engaging On Camera Tip 3

or … Putting your neck on the line

When I’m not creating video, I’ll be deep in the second draft of my first novel (until its ready to publish anyway) and this tip works for being in front of the camera as well as writing.

I used to want to be liked. I still do, just not in quite the same needy way. I thought one way of doing that was to agree with people. Not only did that mean I became a bit of a ‘yes’ person it also made me extremely lazy because I never had to decide what I really thought about things.

What I’ve noticed as I’ve become more interested in fully sharing my truth is that when I share what I really think, feel, believe, make up…. other people are more interested in engaging with me. Deep and meaningful dialogue starts, and off we go on a fascinating exploration.

I don’t need to be aggressive or self-righteous. I’m simply putting an idea forward just like I may put a new meal on the table. Its something to be tried out, tasted, tested, enjoyed…. accepted or rejected. No matter which, in truth.

This last week I realised that the opening chapters of my novel, which are posted on a peer review site, were being received as a romantic story. It’s not. It’s theme is powerful and transformational. A number of explicit violent sexual scenes take it way out of that genre but they were to be found two thirds of the way through. My decision to place the first of those scenes at the very beginning has been a courageous step for me – something akin to taking not only my knickers off in public but allowing people inside my head to the place of my deepest fears. I have never felt so vulnerable. I know it has far more impact now….for my potential readers, as well as for me. When I wrote it, a part of me wanted to tone it down, make it far more acceptable, but it would never say what I want it to say if I did that.

When it comes to sharing our wisdom on video then – mmmm, do we want to be of the pre-packaged persuasion, dumbed down, and ‘acceptablised’ or do we want to express our unique, bold and lionhearted selves? It has taken me ages to be more opinionated, and I have to choose this every single conversation I’m in. I don’t always do this, but I am more fierce with myself every day.

To be honestly engaging I think its worth putting our neck on the line, sharing our deeper selves, our deepest truths. So what have you kept in reserve, not quite daring, but itching, to share?

Go for it! Put your neck on the line.

Here is a video blog I made just a year ago on sharing the shame I’d felt about my perceived failure.

How to be Engaging on Camera Tip 2

Why Have Video on your Website and Social Media? 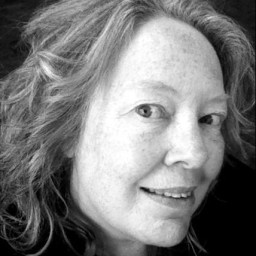